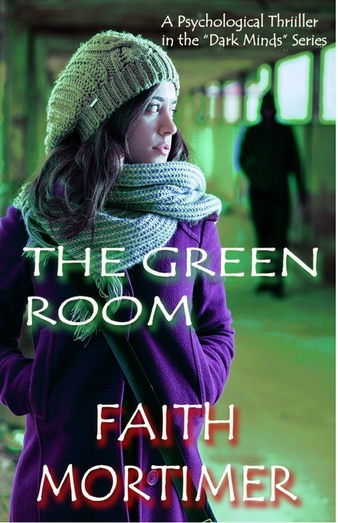 Looking back over the night before, it had been simple…as easy as the other times. He had watched Janet Lambert shimmy into the room, glancing round to make sure she had an audience. She threw her glossy dark hair back over her shoulders, smiling widely at everyone who looked her way, including him. She widened her eyes, sharing an inviting look; he had no idea what colour they were from where he was sitting, but he knew that later they would fill with terror. He had her measure. These women, they all had a high opinion of themselves, believing they were special. A pretty face, seductive body and the belief the whole world would fall at their feet just because they smiled at a man. Stupid, stupid, stupid. Why didn’t they use their brains just once? Make it all the more exciting.
He noticed how she crossed her long slim legs, displaying her thighs above the tops of her leather boots. Her bag was hanging on the back of her seat, unzipped and gaping open, and he caught a glimpse of a wallet nestling near the top. These women made it so easy. He gave it just the half hour, time for one drink, and then slipped away before there was a mass exodus when time was called. He was certain he would achieve what he wanted.
But, none of these women were clever. Nowhere near his league. They thought they were special because they were on the stage. They all imagined they were destined for the higher echelons of Hollywood. Poor histrionic cows. It was all an illusion, mostly; ninety per cent would never normally make headlines…ever.
But an engagement with him gave them just that. One meeting was all it took and then the stupid bimbos had more media coverage than they would ever imagine possible.
Thespian Prey. That was what he liked to call them. Heigh-ho…on to the next.